The Voorhees Center uses a broad scope to better understand the issues affecting our neighborhoods, and to identify trends such as gentrification and growing income inequality that can aid in developing effective strategies. 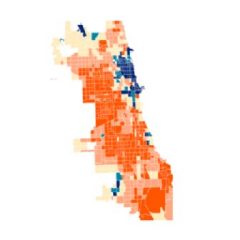 This series of maps document Chicago’s shrinking middle class over the past five decades. Link to come! 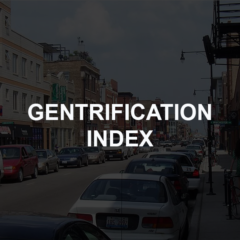 The Socioeconomic Change of Chicago’s Community Areas, also known as the Gentrification Index, examines neighborhood change across Chicago from 1970 to 2010. It uses key indicators to measure how much a neighborhood’s wealth or poverty has changed in this time. 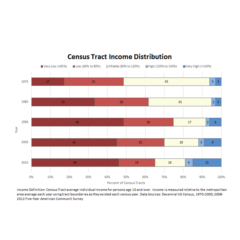 This project compiles data from 1970 to develop a comprehensive set of neighborhood change indicators in Chicago and Toronto. Once completed, this will serve as a broad data base for neighborhood and community research in the Chicago region and potentially across the U.S.

In partnership with Cities Centre at the University of Toronto, The Voorhees Center at the University of Illinois at Chicago also analyzed the spatial patterns that have characterized growing income inequality in Chicago between 1970 and 2010, the results of which can be viewed here.